We are open for all of your eye care needs and Dr. Chiana offers TeleHealth exams as well. 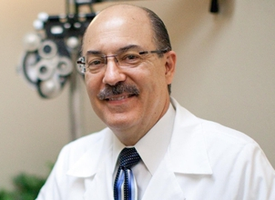